Every election, voters call and email us with a number of questions. Why did I receive a ballot for the previous resident of my home? What do I do if I forgot to put my ballot in the security envelope? But each election fields a few questions specific to the races on that year’s ballot. Here are some of the most frequent questions we heard this election. 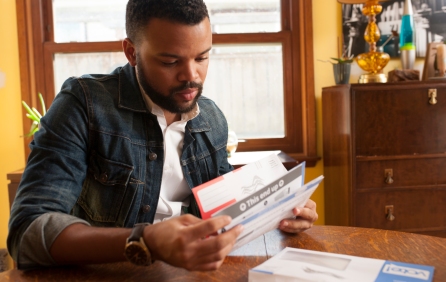 1. I live in Seattle. Why aren’t any of the city’s candidates on my ballot?
If you live in Seattle and don’t see the city’s candidates on your ballot, it means you live in unincorporated King County. So, although you have a Seattle mailing address, you don’t live within the city limits, which means you don’t vote on city candidates or measures. There are 158,000 registered voters currently residing in unincorporated King County. These voters have mailing addresses in a specific city, such as Seattle or Renton, but don’t actually live within those city’s limits. For example, there are 9,594 voters living in White Center who have a Seattle address. Seattle candidates or measures do not appear on the voters’ ballots because their community falls outside Seattle’s boundaries.

2. I received two voters’ pamphlets. Shouldn’t I get two ballots?
No. Every voter is always issued one ballot. For this election, you received a voters’ pamphlet from King County and one from the Washington Secretary of State. The state pamphlet contained information about the state advisory vote measures, State Legislative races and the Court of Appeals judges. Our pamphlet had information about all of the local ballot measures and candidate races. Races listed in both pamphlets were on one single ballot issued to each voter.

4. Is there a certain threshold that unopposed candidates need to meet in order to get elected?
It’s not uncommon to see some candidates run unopposed. This election was no different. In uncontested races, the candidate just needs to receive more votes than any write-in candidate for that position. If there are no write-ins, the candidate wins the race.